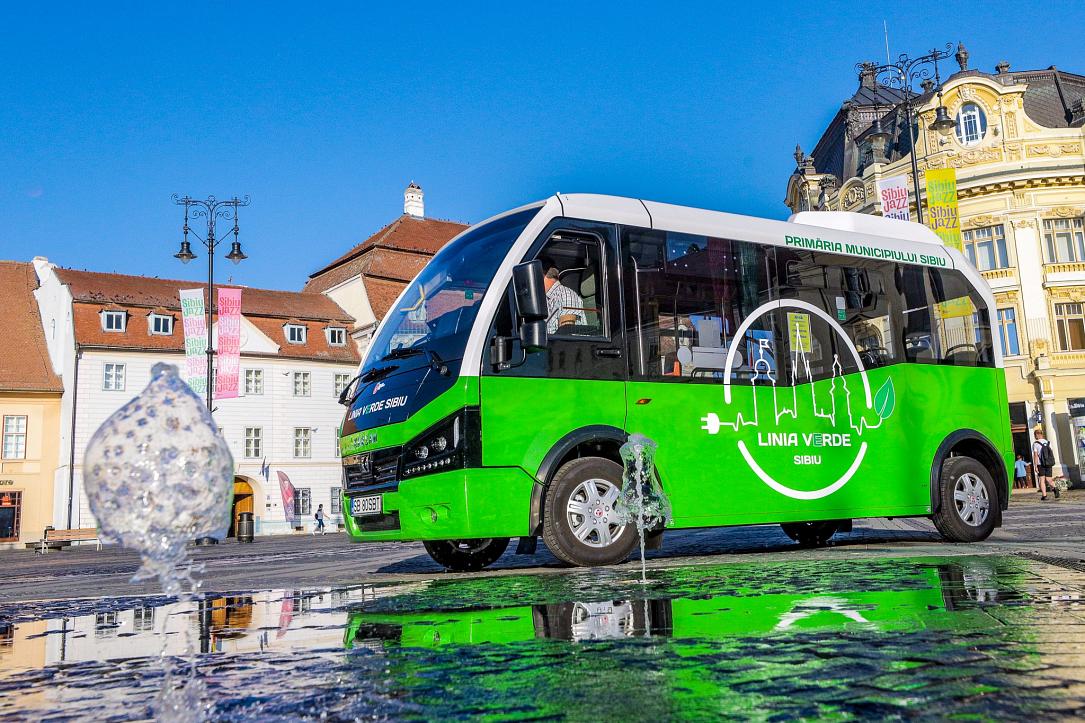 One trip costs RON 2, the regular price of a public transport trip in the city.

The minibuses can transport 21 people, 10 of them seated, and have ramps to allow access for people with disabilities.

Five charging stations were set up at the HQ of Tursib, the city’s public transport operator, and another one is to be set up at Piaţa Gării (Train Station’s Square) to allow an increase in frequency.

The project was financed with EU funds, received by the Sibiu City Hall in the 2014-2020 Regional Operational Program.

“We designed this electric public transport line to encourage the use of ecological transportation in the historic center. We are offering a non-polluting alternative, convenient, and affordable. I hope Sibiu residents and tourists decide to leave their car in one of the downtown parking lots and use this line. Besides, they will no longer have to worry about finding a parking spot,” Astrid Fodor, the mayor of Sibiu, said.