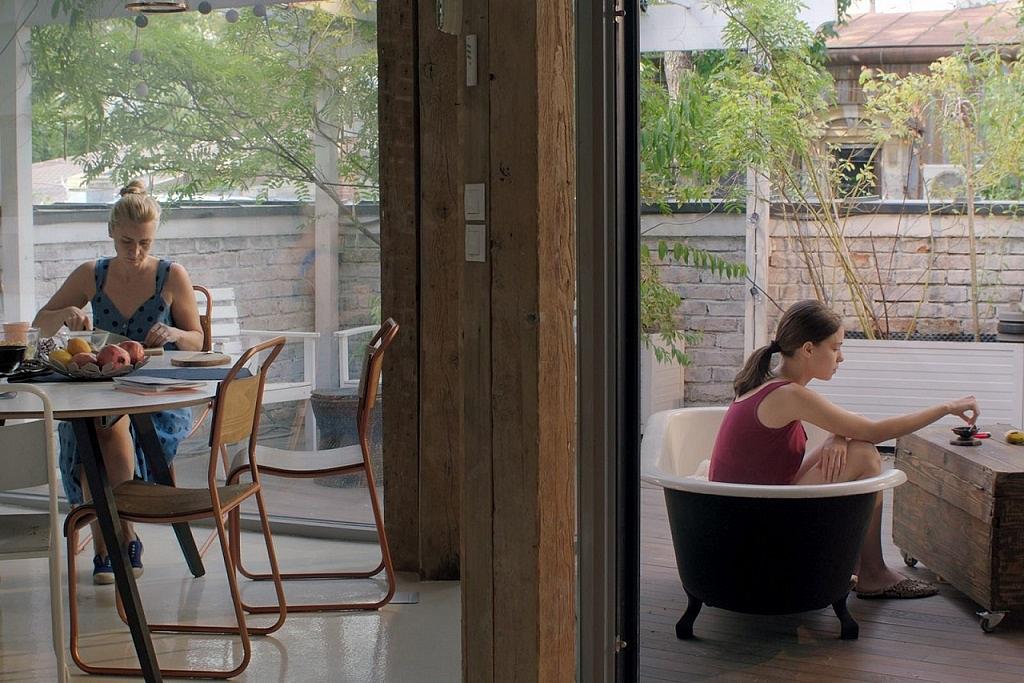 The most exciting event of the season is without a doubt Les Films de Cannes à Bucarest, a showcase of the French festival‘s selection (and often winners) being shown in Bucharest and also on tour in selected cities (until 31 October). From the Palme d’Or winner, Julia Ducournau’s Titane, to Joachim Trier’s delightful The Worst Person in the World and Sergei Loznitsa’s documentaries Austerlitz and State Funeral, this is excellent stuff. The festival is also presenting Romanian films awarded in Venice and San Sebastián, a great year for Romanian cinema so far: Alina Grigore’s Crai nou/ Blue Moon, Monica Stan and George Chiper-Lillemark’s Imaculat/ Immaculate, and Bogdan George Apetri’s Miracol/ Miracle.
___STEADY_PAYWALL___

The capacity for cinema was recently reduced over night to 30% from 50%, and I hope the festival can manage their bookings without terrible strain. Befitting the times, they also show some films online through their partner Orange TV Go (I assume from Romania only), you can check the dates and titles here.

Another film currently showing is Vlad Păunescu‘s Scara/The Ladder. Based on real events, this is an overlong, pretentious story of a young actor in the late 1980s Bucharest who is caught in the chaos of the events before and right after 1989 and whose role as the deeply religious Alyosha in Dostoevsky’s The Brothers Karamazov changes him more than he would have thought. There are a few good things here, like newcomer Eduard Trifa’s committed performance and the recreation of the era by a detailed set design, but the rest is so overwrought (not to mention punishingly long at two-an-a-half hours) that I wouldn’t recommend it.

If you prefer to watch films from home, then don’t miss Bogdan Theodor Olteanu’s Mia își ratează răzbunarea/ Mia Misses Her Revenge on HGO GO, one of the funniest releases of the year. Mia is a young actress planning her revenge on the (now ex-) boyfriend who slapped her. The young actresses are a delight, and the greatest joys of the film lie in their terrific, fresh acting, irreverent humour, and the movie's hilarious, sharp criticism of gender relations and the Romanian movie industry.