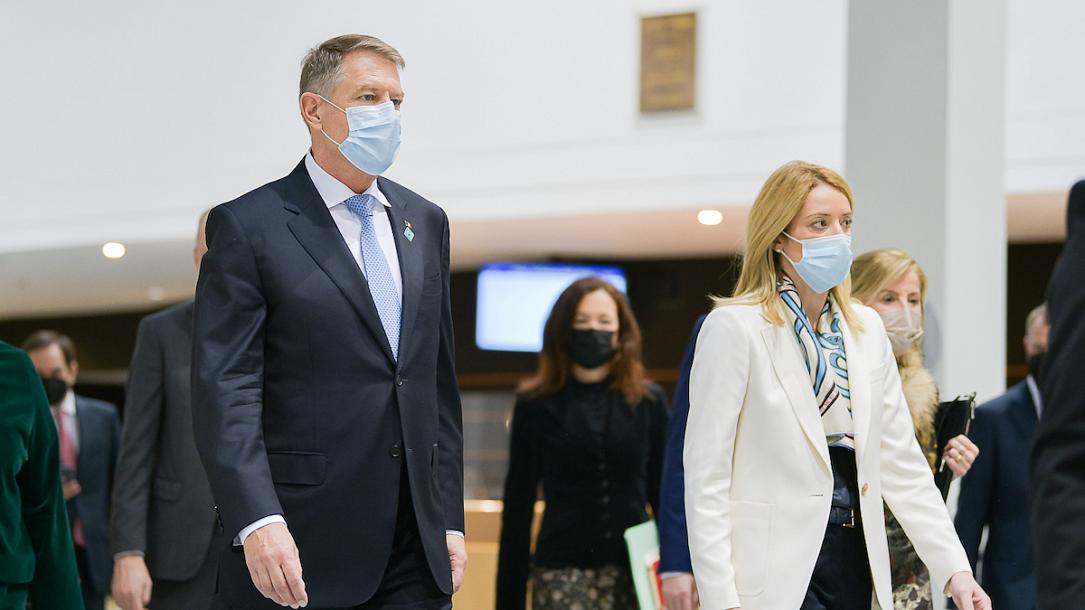 This weekly overview brings you the main topics from Romania, in pictures. The February 14-20 week was a busy one for president Klaus Iohannis, who had several foreign policy meetings. This week's collection also includes photos from a dog adoption fair in Bucharest and a protest against COVID restrictions.

Prime minister Nicolae Ciuca visited the Cernavoda nuclear power plant on Monday, February 14. The discussions focused on the role of nuclear energy in Romania's energy strategy and how the development of the Romanian nuclear program, through Nuclearelectrica's investment projects, will contribute to energy security and the energy transition to a clean economy.

President Klaus Iohannis met French counterpart Emmanuel Macron in Paris, on February 16, as he attended an informal meeting on the security situation in the Sahel.

Later the same week (on February 17-18), the Romanian head of state also participated in the sixth European Union - African Union Summit. In this context, he met with the president of the European Parliament, Roberta Metsola. The topics discussed included security developments on the eastern flank, the European course of the Republic of Moldova, energy security, climate change, and the expansion of the Schengen area.

On February 18, at the invitation of US president Joe Biden, Klaus Iohannis also participated in a new round of small-scale consultations with allied and EU leaders on the latest security developments in the region, in the context of the Russia-Ukraine crisis.

Three Eurofighter Typhoon aircraft of the German Air Force landed at the Mihail Kogalniceanu Air Base in Romania on Thursday, February 17. Together with the Romanian and Italian air forces, they will carry out enhanced air policing missions under NATO command over the next three weeks. Further details here.

Dozens of cars toured the centre of Bucharest on Friday, February 18, in a protest called the "Convoy for Freedom." According to the media, they protested against COVID-19 restrictions, such as using the green certificate at the national level and the state of alert.

Twenty-two dogs were adopted at a dedicated fair held in Bucharest's Circului Park this past weekend. ASPA said it would organize a new dog adoption fair on February 26.