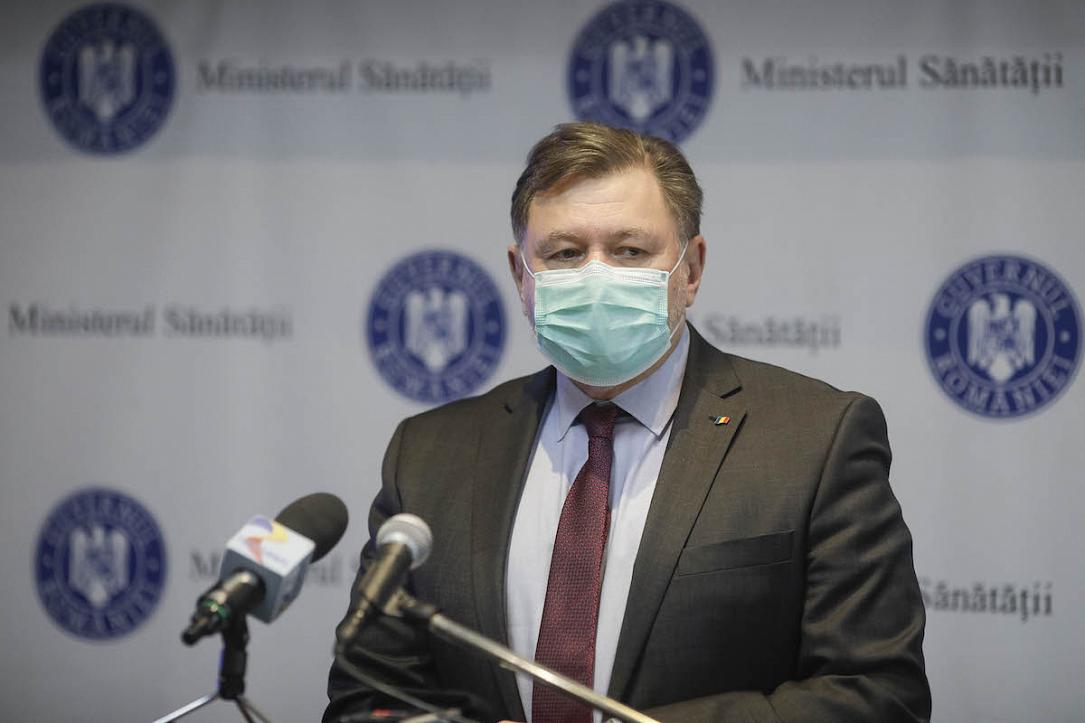 Health minister Alexandru Rafila expects the COVID-19 incidence rate to drop in the next few weeks, which would allow the authorities to start easing some of the restrictions imposed in the country. For example, Romania could drop the digital COVID certificate in March.

Rafila told Digi24 that the current COVID-19 wave shows signs of slowing down.

"We have three consecutive days of decline, accompanied by decreases in hospitals. […] It's a good thing, and we'll probably see a rapid decline three or four weeks from now. Let's hope it stays that way," the health minister said.

He expects the incidence rate to drop to around 1 in about four weeks, which would allow the authorities to reassess the public health measures and cancel some of the restrictions, "such as the digital certificate."

"The restrictions must be lifted gradually," the minister said, adding that the last rules to be changed would probably be the ones related to the use of masks indoors.

"Otherwise, we will probably be able to return to normal, and I hope we can end the state of alert, which has been extended for almost two years in Romania. We can also think of cancelling the request to use the mask indoors, but things must be done gradually," he added.

Although he doesn't rule out the possibility of new variants emerging in the future, Alexandru Rafila hopes this is the last wave to hit the country so strongly. However, he urges people to continue to follow preventive measures and get vaccinated.