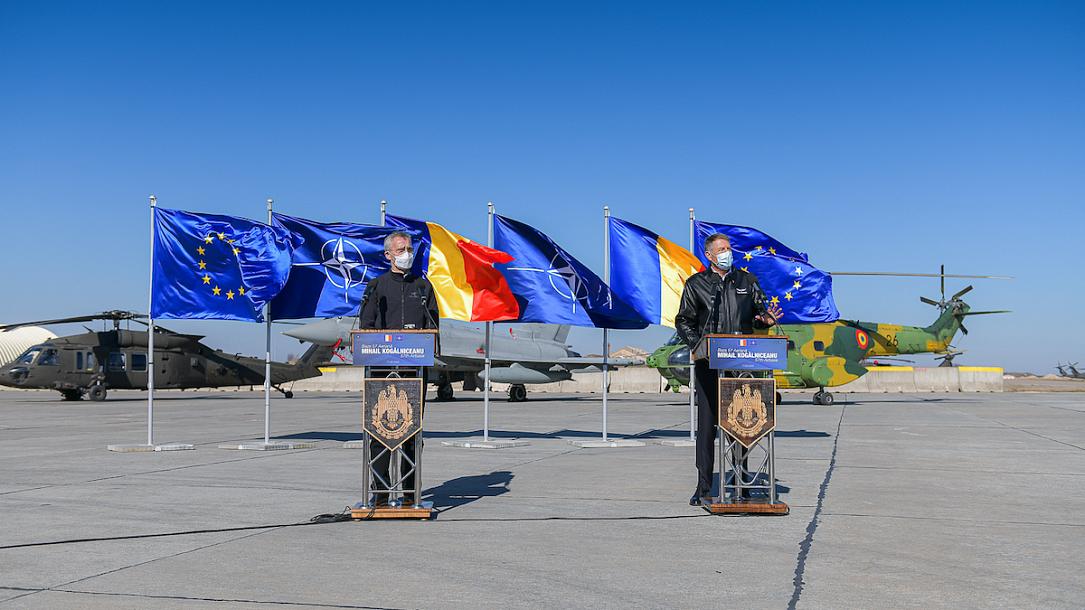 NATO Secretary-General Jens Stoltenberg said at the Mihail Kogalniceanu Base on Friday, February 12, that the alliance is assessing whether it should adapt its longer-term presence on the eastern flank, with fighting groups in Romania and other southeastern countries.

Stoltenberg told a news conference with President Klaus Iohannis that a decision would be made this spring, G4media.ro reported.

He added that France would most likely lead this fighting group.

A battle group represents a solid, quasi-permanent NATO presence. Currently, the only Eastern European countries that benefit from the presence of NATO multinational battlegroups are Estonia, Latvia, Lithuania and Poland.