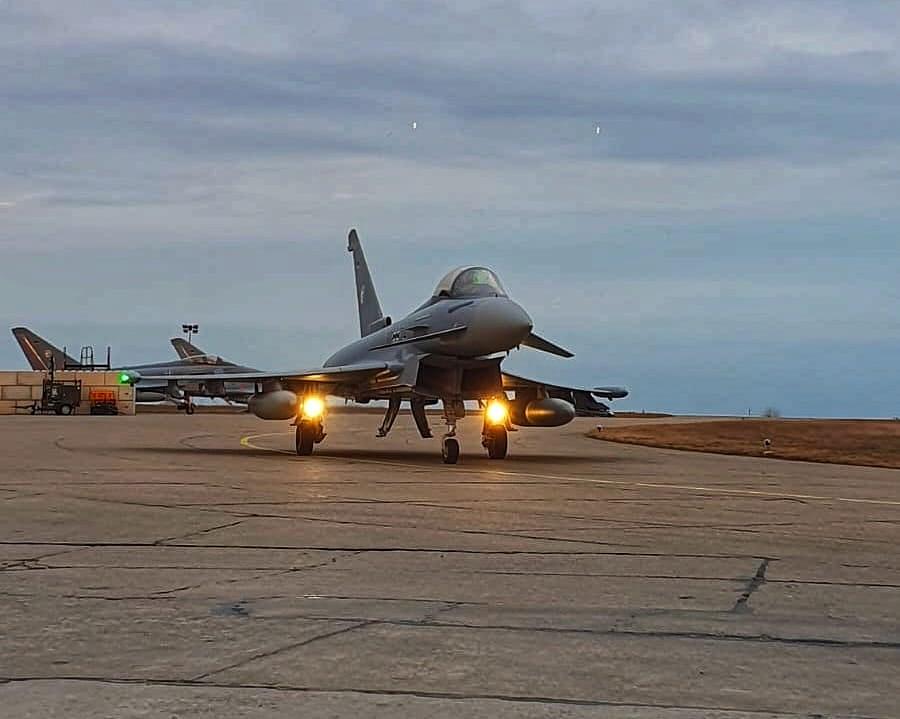 "We have ordered the extension of our commitment to the Romanian air police mission," Defense Minister Christine Lambrecht told reporters after informing the parliamentary defence committee, adding that Germany is ready to comply with other requests of NATO.

The Romanian Ministry of Defence confirmed on Thursday afternoon that three Eurofighter Typhoon fighter jets of the German Air Force landed at the Mihail Kogălniceanu Air Base.

Separately, two F-35 Lightning II aircraft of the United States Air Force (USAFE) landed on Thursday, February 24, around 3 p.m., at Borcea 86th Air Base, where they will perform, in the next period, joint missions and training with military and aircraft of the Romanian Air Force.

The main objective of joint training missions is to increase interoperability between NATO allies, and joint air police missions contribute to the development of responsiveness and deterrence.

"At the same time, these missions are a concrete proof of the high level of cooperation in the field of security and defence within the Strategic Partnership between Romania and the United States of America and send a strong message of solidarity between allies," a press release of the Romanian Ministry of Defence reads.