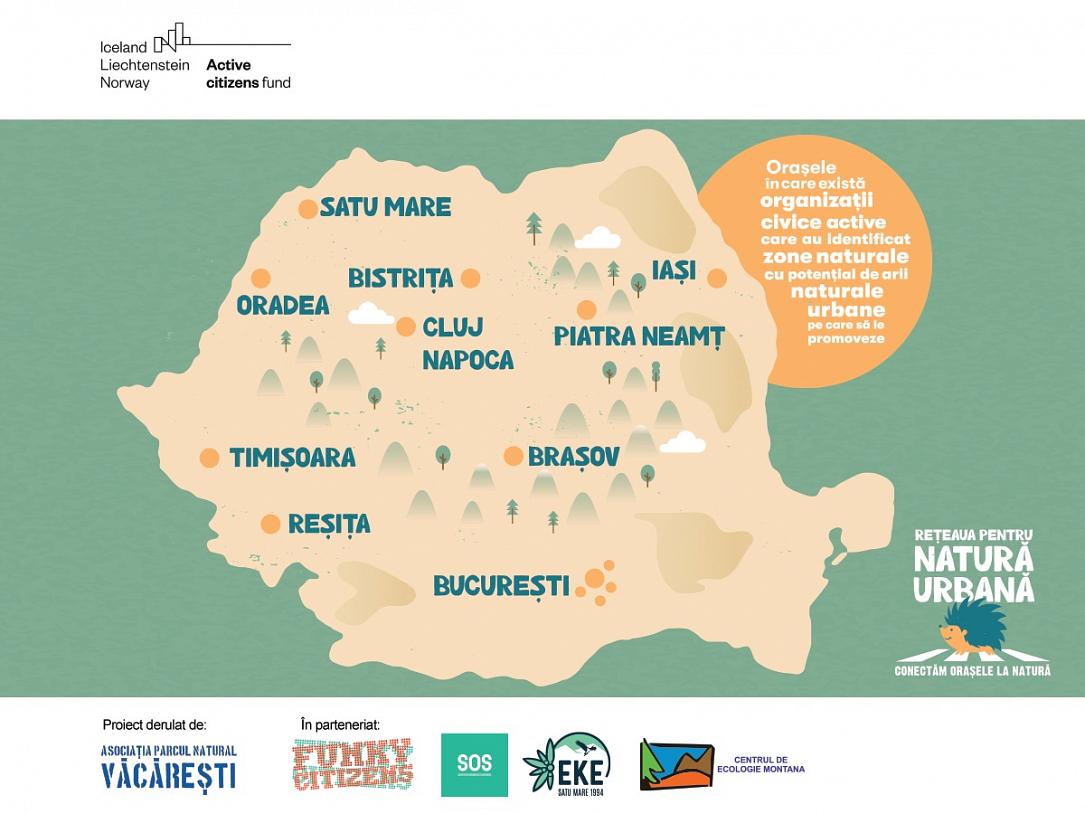 Twelve NGOs active in nine cities in the country have formed an alliance working to establish a network of urban nature areas.

The Coalition for Urban Nature aims to “promote, maintain and integrate nature areas in cities, facilitating the urban population’s access to recreation and environment education.” It also aims to get involved in preserving urban biodiversity, promote nature inside cities and involve city residents in creating and managing the national network of urban nature areas, according to a release from the coalition.

The coalition is made up of organizations and initiative groups active in environmental protection. Each of them promotes an urban nature area or has expertise in related areas.

The urban nature areas are “wild landscapes with conservation, scientific, educational, and recreational value that can improve the city residents’ life.” They can be forests, riverbanks, meadows with little impact from human activity or abandoned areas that turned wild again.

The coalition is part of the project Network for Urban Nature and is rolled out by the Văcărești Nature Park Association in partnership with Funky Citizens, the S.O.S. Sustainably Organized Society Association, the Foundation of the Brașov Mountain Ecology Center and Societatea Carpatină Ardeleană EKE Satu Mare, with financial support from Active Citizens Fund Romania, a program funded by Iceland, Liechtenstein and Norway through the 2014-2021 SEE Grants.