Museum of the National Bank of Romania reopens to visitors 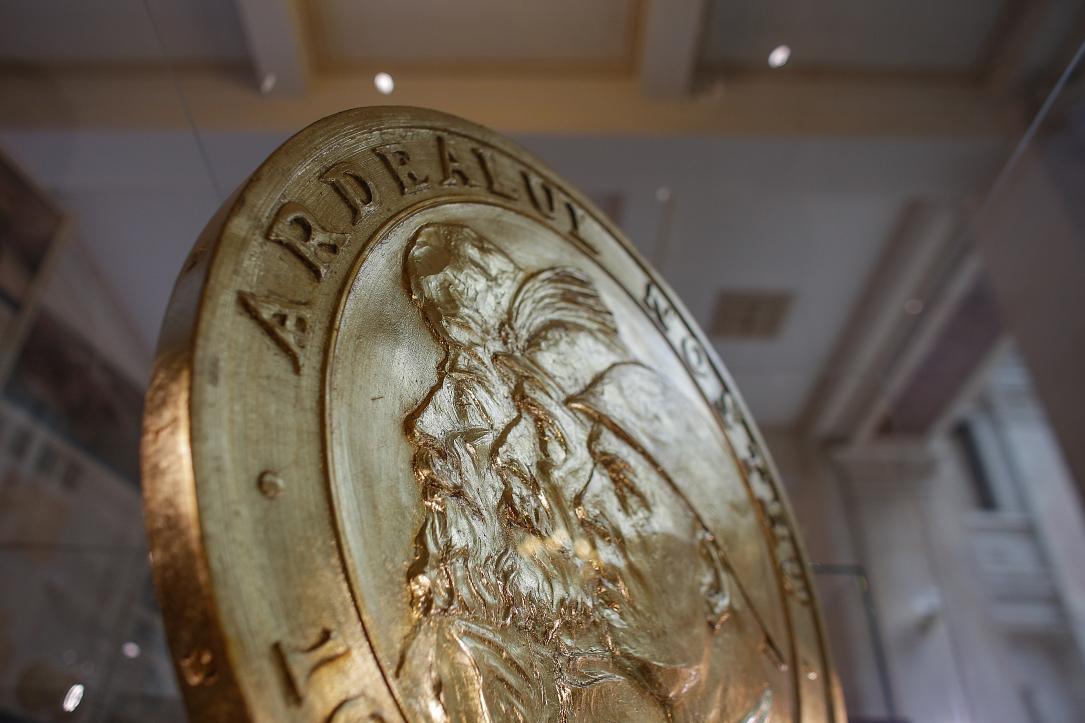 The Museum of the National Bank of Romania (BNR) is reopening today, December 6, with new arrangements to its permanent exhibition, the institution announced.

The permanent display now includes a gold ingot from the BNR reserve, presented “according to a modern concept, used by the museums of all central banks,” the bank said.

Two temporary exhibitions can be visited until the end of May 2022. One is dedicated to World War One heroine Ecaterina Teodoroiu, and is occasioned by the issuing of the RON 20 banknote, which features her portrait. The exhibition gathers a series of memorabilia, including Teodoroiu’s military and scout uniforms and other items, the painting that Camil Ressu dedicated to her in 1917, her nurse dress, as well as several photos, among others.

The second temporary exhibition marks 100 years since the birth of King Michael I and is meant to take visitors through the life of Romania’s last monarch. It presents the king’s marshal uniforms, military artefacts, medals, documents, and more.

Guided tours in the exhibitions are available free of charge, based on a previous appointment made at least two days before the visit. The registration form is available here.

In keeping with current sanitary norms, visitors need to show the Covid-19 pass.

The BNR museum hosts an extensive numismatic collection, with items such as the oldest coin issued on the country’s territory, the various iterations of the national currency, stories about the bank’s palace, landmark moments in the BNR activity, among others. The museum is located in the old palace of BNR; access at 25 Lipscani St.